Protecting the interests of scheme members

The board of SLMTC consists of five members all of whom, including the chair, are independent of Standard Life. They meet regularly throughout the year. Richard Butcher who represents PTL, the chair of the board, has asked Standard Life to add the following comments:

I am delighted to have been asked to Chair the board of SLMTC. The board members, who are described below, bring many years of experience to their role and are committed to protecting the interests of the members of the two schemes.

The board of SLMTC is here to:

Ensure the safety of your savings

The board is responsible for ensuring that your pension savings are in a safe place. This doesn't mean that their value might not fall if investment markets do, but it does mean that they are protected against fraud, theft or the business failure of Standard Life.

Consider what's in your financial interests

We will consider whether the charges Standard Life are taking from your savings represent good value for services they deliver. If they do not, we will challenge Standard Life to improve value.

We do want and value your feedback. We would like your views on your pension and the service you receive from Standard Life.

These views are an important part of the assessment of good value from Standard Life – we'll focus on of all aspects of the plan across its lifetime to provide a good outcome in retirement.

By the end of July each year we will produce a report regarding how the scheme is performing in a number of areas, including:

Hello, my name is Richard Butcher and I chair the Standard Life Master Trust Company – or SLMTC. We are the trustee of your pension scheme – which means we oversee everything Standard Life does for you while you are in the scheme. All of the directors of SLMTC are independent of Standard Life which means our sole responsibility is to you the members.

Every year, we assess whether you are getting value for money from the scheme. In respect of 2019 we concluded you did. You’ll find lots more information on how we reached this conclusion in our full “Trustees Report and Chair’s Statement for the year to 31 December 2019” which you’ll find on our website.

Value for money, of course, means different things to different people at different times. What’s clear, though, is that it is a comparison of costs verses benefits. And we’ve considered those costs and benefits.

We considered whether the scheme was well run, well governed and whether Standard Life’s administration was good. We decided it was.

We considered whether the investment funds they provide are well governed and concluded they were.

We also considered the performance of the investment funds and concluded they weren’t performing as well as we were expecting them to and so are in the process of making some changes. These changes will be implemented during the course of this year and we will, of course, monitor how this goes and continue to monitor how the funds perform. Much more detail on these changes can be found in our full statement.

We considered whether Standard Life is very good at communicating with you and providing you with all of the information you need in a timely way. We concluded they are.

And finally we considered whether Standard Life was financially strong enough to support the running of the scheme now and in the future and we concluded they are.

Last year, I told you that Standard Life was being bought by Phoenix Group. That deal completed in the Autumn of 2018 and Phoenix committed to keeping the administration function in Edinburgh. This means there’s been no change to the people involved in the day to day running of the scheme, they’re using the same systems and provide the same investment funds.

Despite the upheaval a transaction like this could cause, we were pleased to see there was no deterioration in service.

Last year I also told you the government had introduced new law requiring all schemes like this one to be authorised by The Pensions Regulator and I am delighted to be able to tell you that this scheme has been authorised.

Authorisation means that you and future members, as well as the employers participating in the schemes, have an added layer of reassurance that we are focussed on delivering for you. Earlier on I explained that we assessed the costs and benefits of the scheme. What we have not assessed is your and your employer’s level of pension saving – despite these being one of the factors that will have the greatest influence on the level of retirement benefits you receive. I strongly recommend you review your level of pension saving. You should do that today and you should do it regularly in the future.

Thanks for watching this video. We’d love to hear what you think of it and the scheme. Do let us know. Our contact details are on the website.

These statements detail the principles which govern the decisions about investments that enable the trust to meet requirements of:

Stanplan A - Statement of investment principles.

The board of SLMTC is pleased to present its report detailing the control procedures that are in place for the Standard life DC Master Trust and the Standard Life Stanplan A scheme.

If you have any feedback you can email the board directly, please take the time to do this. Your feedback is crucial to the board's success.

The board members are introduced below.

Meet the Board Members 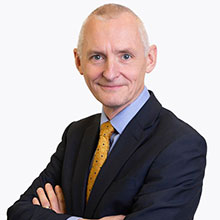 Chairman of the board

Richard is Managing Director of PTL a market leading and award winning professional independent pension trustee company. Richard joined PTL in 2008 and became Managing Director in 2010. Richard has been involved in pension scheme governance since 1985.

He is a Fellow of the Pensions Management Institute (PMI). Richard is Chair of the Pension and Lifetime Savings Association (PLSA), the industry association for pension schemes. He was a member of the FCA’s Institutional Disclosure Working Group (IDWG), a body established to create a template for the disclosure of investment costs and charges, until it completed its work. He has also sat on the Investment Associations Cost Disclosure Working Group, the Council of the PMI, the PLSA DC Council (which he chaired for two years), the Pension Regulators DC Practitioners Panel and the Department of Work and Pensions Trustee Panel.

He is a regular contributor to the trade press and has won a number of awards and accolades. Richard is qualified to be a member of an Board by merit of his significant experience in and knowledge of the pensions industry, his expertise in assessing the value for money of arrangements such as this (gathered from his role on similar boards) and his knowledge of underlying investment costs and charges. He is qualified to chair the Board by merit of his significant experience of and positive track record in chairing similar arrangements as well as other boards and committees. Richard is also an Accredited Professional Trustee of the Association of Professional Pension Trustees. 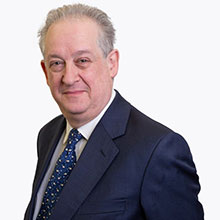 Rene retired in September 2012 after a 30 year career with JP Morgan, latterly as Managing Director and Senior Credit Officer for EMEA. He has extensive experience of pension fund governance of both UK DB and DC pension schemes.

He currently holds a number of non- executive appointments including as an Independent Director and Chair of the Remuneration Committee of the Universities Superannuation Scheme (USS), Chair of the JP Morgan UK Pension Plan and its Investment Committee, Director of the Standard Life Master Trust and Chair of the Advisory Committees of Five Arrows Credit Solutions and Five Arrows Direct Lending. Rene is also an Accredited Professional Trustee of the Pensions Management Institute. 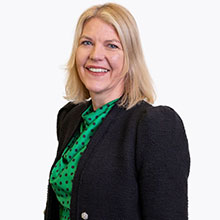 Catherine is a partner at Squire Patton Boggs (UK) LLP, a global law firm.  She has over 30 years’ experience in the pensions industry as a qualified solicitor, providing advice to companies, trustees and product providers on a wide range of pension issues and as a trustee and board member.  She was the head of Squire Patton Boggs’ award winning pension team for a number of years, leading its approach to client service and responsible for its strategic direction.  Catherine is actively involved in the development of pensions policy and regulation.  She has been a member of the CBI’s Pension Panel and is an author of and contributor to pension books, numerous publications and responses to the Government’s consultations on pension change.  Catherine has qualified as an accredited professional trustee, is a director of Squire Patton Boggs’ independent trustee company and is an Associate of the Pensions Management Institute. Catherine is also an Accredited Professional Trustee of the Pensions Management Institute. 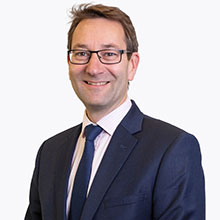 Andrew is an experienced strategist, marketeer and business development professional. His career of over 30 years spans the breadth of Financial Services covering pensions, wealth management, life, healthcare and general insurance.

Andrew has held a wide range of senior management positions. Most recently he was Director of Marketing Strategy & Customer Insight for AXA UK & Ireland during which he established their first customer centricity strategy. Whilst Head of Strategic Development for AXA Life, Andrew created the initial strategy, and was one of the founder members of the Elevate investment platform (now Standard Life Elevate).

Andrew currently runs his own management consultancy business specialising in strategic change and business transformation. He is also an ambassador and adviser to a number of start-up businesses.

Andrew has qualified as a Chartered Insurer and Financial Planner in addition to holding separate professional Project, Process and Proposal Management qualifications. 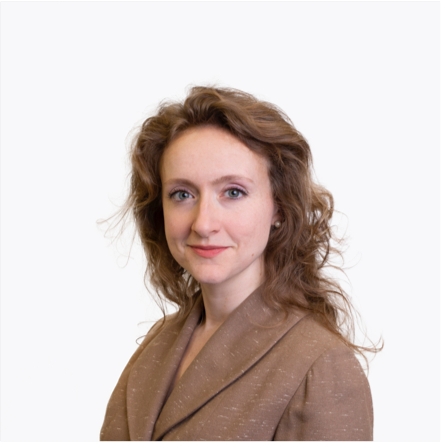 She has sat on HM Treasury’s Patient Capital – Pensions Investment Taskforce, led the asset owner work-stream of the government-appointed Growing a Culture of Social Impact Investing Taskforce and also contributes to a number of other industry groups including the Pensions Climate Risk Industry Group (PCRIG).

She speaks and contributes press pieces regularly on pensions and investment issues and was recently picked as one of Financial News’ 2020 “Top 25 Rising Stars of Asset Management in Europe”. She was also awarded InvestmentWeek’s “Investment Woman of the Year 2019” for small and medium firms. She holds the CFA UK accredited Investment Management Certificate (IMC) and the PMI’s Certificate in DC Governance.

She is passionate about working towards a more diverse pensions industry to better reflect diverse savers’ needs. She sits on the board of NextGen, which aims to promote and encourage greater diversity and inclusiveness across every aspect of the pensions and