Here for the interests of workplace personal pension scheme members

A pension is a long-term investment. Its value can go down as well as up and could be worth less than was paid in. Laws and tax rules may change in the future. Your own circumstances and where you live in the UK will also have an impact on tax treatment.

In 2015, Standard Life founded an Independent Governance Committee (IGC) to work in the interests of its workplace personal pension scheme members. The main role of this committee is to assess the value for money provided by Standard Life Assurance Limited (SLAL) schemes.

On this page you'll be able to read the annual reports from the IGC, give your feedback and learn about committee members

What the IGC does

The IGC is committed to the development of stronger, higher-value pension products for anyone saving for retirement. They’re also here to:

If the committee agrees that value for money isn’t being provided, it will raise this with Standard Life for their consideration.
Throughout the process, if the IGC isn't satisfied with the responses received from Standard Life it will escalate this to the Financial Conduct Authority (FCA). We may also communicate our concerns to you and your employer.

The IGC don't deal with individual complaints, but they do want and value your feedback. The IGC would like your views on your pension plan and the service you receive from Standard Life.
These views are an important part of reviewing the value for money of Standard Life schemes. The IGC focus on all aspects of the plan across its lifetime to provide a good outcome in retirement.

We encourage you to read our annual report for 2020. The report includes:

If you wish to read the summary of our previous four reports they are available below:

Normally at the beginning of each year, the IGC is busy drafting the annual report. Due to a change in the IGC reporting timetable, our next full annual report will be available in the summer. However, there are some things we’d like to tell you about now. Please read our 2021 Interim Report for more information.

The Interim Report above refers to the work that the IGC has done on a pre-launch review of Standard Life's Investment Pathways proposition. A longer description of what the IGC looked at and what they concluded is set out in the following report.

Response from Phoenix and SLAL IGC to CP19-10

Response from Phoenix and SLAL IGC to CP19-15

Response from Phoenix and SLAL IGC to CP20-9

Statement from Phoenix and SLAL IGC on the Covid-19 pandemic

The members of the IGCs have been selected in order to include:

SLAL IGC key achievements over the past five years

Meet the Board Members 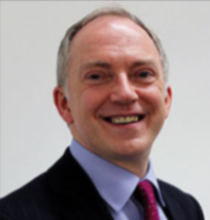 David joined the Standard Life IGC as Independent Chair in April 2019, and has been the Independent Chair of the Phoenix IGC since 2015. He has over 30 years of experience in the UK insurance industry. He qualified as an actuary in 1988 and has held various actuarial, marketing and financial risk management roles in a number of life insurers, including 5 years as Chief Actuary, UK & Europe at Standard Life.

From 2012 to 2017, he was a partner at Deloitte, specialising in actuarial audit and review work, including providing Independent Expert reports to the Court on the policyholder impact of five different inter-company transfers of insurance business. Having retired from Deloitte, he now holds a number of non-executive roles with UK insurance companies.

David was President of the Institute and Faculty of Actuaries (IFoA) from June 2013 until June 2014. Before becoming the President-Elect of the IFoA in June 2012, he was a non-executive member of the then Board of Actuarial Standards of the Financial Reporting Council (from January 2010).

He was a member of the Independent Project Board that oversaw the Association of British Insurers' audit of the legacy pension schemes identified by the Office of Fair Trading in 2013 as being at risk of being poor value for money, whose December 2014 report included a number of recommendations for IGCs to follow. 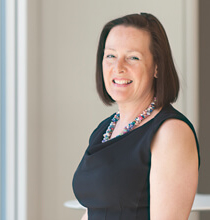 Ingrid has been an Independent Member of the Standard Life IGC since 2015, and joined the Phoenix IGC as Independent Member in April 2019. She is an independent professional trustee and investment specialist with Capital Cranfield Pension Trustees Ltd, after 30 years' experience of pension fund investment, including 25 years working at Hermes Investment Management for the BT Pension Scheme and other third party clients.

She now has a portfolio of trustee roles acting as Sole Trustee, Chair of Trustees, and Co-Trustee encompassing large and small DB/DC arrangements in both commercial and not-for-profit organisations, bringing extensive and in-depth investment expertise to trustee boards and their Investment and DC sub-committees.

Ingrid is a Fellow of the Chartered Institute for Securities & Investment and a member of the Association of Professional Pension Trustees. 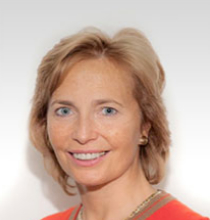 Sheila joined the Standard Life IGC as an Independent Member in April 2019, and has been an Independent Member of the Phoenix IGC since 2015. She is an experienced independent non-executive director. Sheila left legal private practice in 2009 to pursue a management career in industry and undertake non-executive appointments. Her first assignment was with Ignis Asset Management, to work on the merger of two asset management businesses within the Phoenix Group.

Sheila is currently Group Vice-Chair of the Wheatley Group and Chair of Wheatley Solutions. Her other non-executive appointments include the Accounts Commission, Scottish Building Society, Council of the Chartered Banker Institute and Lowther Homes Limited. 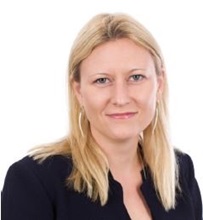 Venetia is a professional independent trustee and a Director of The Law Debenture Pension Trust Corporation plc. She sits on a variety of pension boards.

Before becoming an independent trustee, she worked as an ombudsman at the Financial Ombudsman Service, specialising in resolving members' complaints about problems they had experienced with pension products or about financial advice they had received. Before that, she spent 10 years as a lawyer working with pension scheme boards, employers and pension providers.

She is passionate about helping members and employers understand the value of pension savings, and make good decisions about contributions, investments and accessing money from pension savings in retirement. 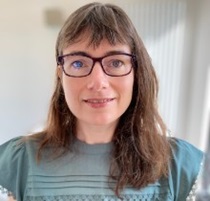 Rona joined the IGC as a Company Representative in June 2020. Rona is a lawyer and joined Standard Life in 2009 after a period in private practice and in-house roles. Rona spent nine years working in Standard Life's Risk and Compliance function, leading an advisory team which supported business decisions, particularly in relation to regulatory change.

Rona currently has responsibility for governance frameworks that promote good customer outcomes and support the management of conduct risk across open and heritage businesses. Rona also has oversight of the proposition and development and management processes, as well as elements of our relationship with Standard Life Aberdeen. 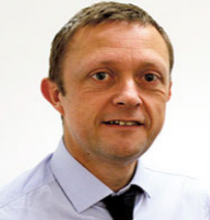 Mike joined the Standard Life IGC as an Employee Member in April 2019, and has been an Employee Member of the Phoenix IGC since 2015. He is a qualified actuary who has been with the Phoenix Group for almost 30 years having originally joined Britannic Assurance. His current role is focused on strategy and planning within the life companies of the Group and supporting various projects including those related to integrating businesses acquired by the Group.

Mike previously worked in Finance and was responsible for financial planning and forecasting. He also has experience in product development and a variety of projects including some of the group's early acquisitions and restructuring activities, and therefore has a broad experience across the business.